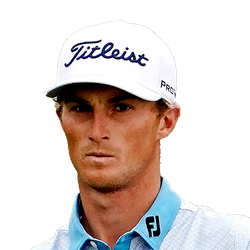 2022–23 Stats
Rank
118
Winnings
$330,580
Winnings/Entry
$110,193
Entries
3
Rounds
10
2022–23 Fantasy Outlook
It was both an incredible year, and a year of what if for Zalatoris. He collected 11 top-15 finishes, but also lost in a playoff at the Torrey Pines and the PGA Championship. He also was just beaten out by one at the U.S. Open by Matt Fitzpatrick. Zalatoris was able to silence the questions by notching his first win in the playoff opener, but tweaked his back the very next week where it was revealed he had two herniated disks and had to take a 30th place finish in the final FedExCup standings. Back injuries can be career killers for golfers, so there are certainly a lot of questions going into next season to see how he bounces back. Zalatoris is definitely one of the more risky golfers in the top-10 because of the injury concern, but he's currently the best ball-striker on Tour and has World No. 1 upside. Read Past Outlooks
read more
Handedness Right
Status Pro
DOB 8/16/1996
Birthplace San Francisco, California
College Wake Forest
Country USA
Read More News
PGA Stats
Loading Golf Stats...
Tournament Results
Scoring
FanDuel
DraftKings
Loading Tournament Log...
PGA Advanced Stats
Loading Advanced Stats...
Recent RotoWire Articles Featuring Will Zalatoris See More
Weekly Recap: Saturday Night's Alright for Winning
4 days ago
4 days ago
It would have been tough to have a better Saturday evening than Max Homa, who fought his way up the leaderboard at the Farmers Insurance Open and picked up his sixth PGA Tour win.
2023 Farmers Insurance Open Betting: Picks, Odds, Predictions and Best Bets
9 days ago
9 days ago
Ryan Pohle lists his favorite wagers of the week and explains why those backing Xander Schauffele could find themselves shuffling come Saturday night.
Yahoo DFS Golf: Farmers Insurance Open Picks and Strategy
9 days ago
9 days ago
Find out why Bryce Danielson believes Alex Smalley will make a big impact in this week's contests on Yahoo.
FanDuel PGA: Farmers Insurance Open Picks and Strategy
9 days ago
9 days ago
This week's course sets up nicely for Taylor Pendrith, and that helps him land a spot among Ryan Andrade's value picks for the latest contests on FanDuel.
Past Fantasy Outlooks
2022
2020
Zalatoris earned Special Temporary Membership on the PGA Tour rather quickly after winning the Korn Ferry Tour's TPC Colorado Championship at Heron Lakes in July of 2020, though he remained ineligible for the FedExCup Playoffs without having also notched a victory at the PGA level. In addition to eight top-10s and 14 total top-25s through 25 starts on the PGA Tour in 2020-21, Zalatoris' exceptional rookie campaign will be remembered for his runner-up effort at the 2021 Masters during his Augusta National debut. Zalatoris ultimately ranked seventh on tour in SG: approach, ninth in SG: tee-to-green and 11th in par-5 scoring. The sky is the limit for the 25-year-old Wake Forest product if the putter begins to cooperate on a more consistent basis.
The leader on the Korn Ferry Tour's points list has risen to a career-best 143rd in the Official World Golf Ranking thanks in part to nine top-10s in 15 starts on the KFT during the 2020 season, which included a win at the TPC Colorado Championship in early July. Zalatoris, a 24-year-old Wake Forest product, led the KFT in GIR percentage along the way while also ranking seventh in birdie average, fourth in total driving and first in total eagles. This combination indicates quite a bit of future fantasy upside if he's able to translate such quality ball-striking to the big-league venues.
More Fantasy News